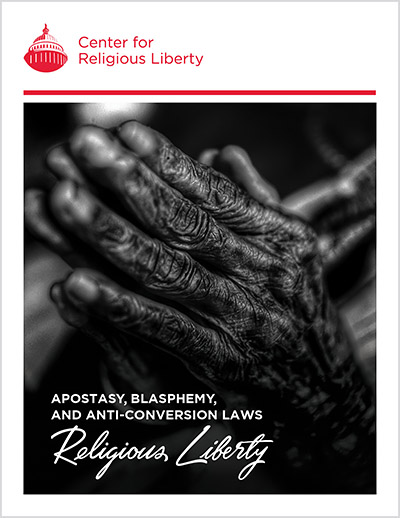 There is unprecedented religious persecution around the globe. In recent years, the Pew Research Center has found increasing governmental and social hostility toward religious believers worldwide. For the last ten years, Christians have been harassed in more countries, including the United States, than any other religious group, and in 2016, one or more religious groups were harassed in 187 countries globally.

While the specific threats to religious freedom vary in type and intensity, one common source is the legal and cultural support for apostasy, blasphemy, and/or anti-conversion laws, which often threaten the freedom to choose and/or change one's faith.